The good and the bad of Post Offices is a hot topic with people being either very pro or vehemently against. I thought it worthwhile looking at both sides of the argument to see where the truth really lies on this.

The Evolution of Postal Services

The concept of post offices in India was first introduced in late 1773 when the country was still under British rule where it was developed for commercial interests. People were permitted to use the system from 1774. Initially, there were not many branches, but gradually every major location in the city started having a post office.

As you are no doubt aware post offices have been around for a considerable period and there was a time, albeit a few years ago, when most places had one. With the advent of better transport routes and aided by technology a lot of places have been closed. This wasn’t helped by the gradual shift away from people writing letters to communicate by email or phone.

The universal shift towards eCommerce over the last decade, led by Amazon and eBay, has seen far more people becoming more reliant on courier companies – not least of which is the post office.

There is still a place in modern society however for the more traditional postal service catering more specifically to those people that may not be entirely comfortable with being wholly online and prefer to visit a brick-and-mortar facility.

Let’s look briefly at some of the pros and cons of the postal service that we know so well.

As we’ve just seen using a brick-and-mortar office can be quite user-friendly, particularly when trying to iron out a problem, but everything has its own sets of cons associated with it. I’ve laid out a few of these below.

Even though there are certain disadvantages, people are still using post offices for their day-to-day tasks. On the face of it, you could assume that the post office is a through back to simpler times and that it has been overtaken by advances in communication methods such as telephones, emails, smartphone messaging applications, etc. however, there is still use within our communities in certain areas. The reasons for this may well be:

● Emotional value – there is a massive emotional value that post offices play with people. For some people, its an anchor to something stable and familiar.

● Saving schemes – the post offices still offer a good number of high-value saving schemes. Anyone can invest a sum of money whether on a one-off or monthly basis.

● Accessibility – people can access post offices quite easily as there is a post office almost everywhere on the main road of most towns. It is especially easy for those who have been using their services for a longer period as those individuals will be familiar with the mailing process and all the services they offer. Not everyone likes or welcomes change after all.

● Technical issues – at post offices, work does not necessarily stop if there are any technical issues pop up. Rather, it’s a rather technical reliant environment within a post office, compared to using a computer, phone, or tablet where a syntax error can pop up at any point in time. It is very user-friendly to use the services of post offices without too much hassle.

While it is quite easy to assume that post office services are somewhat outdated and out of place in a modern world where there are multiple alternatives that, on the face of it at least, offer a more comprehensive and streamlined range of services. I don’t believe that we can underestimate the human factor completely. Our nature is to interact with other people. This could well be that there is still some ways to go before we see the end of our traditional post offices on our streets. 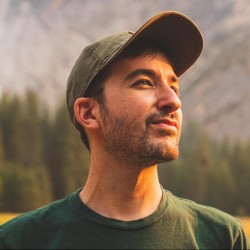 A delivery boy by profession, A traveler by passion. I love to explore new varieties of food. He also worked in many popular courier companies such as USPS and UPS. He likes to educate people on how they can save money while using these courier companies to send their parcels.

Here at USPSPoint.com, we provide information related to united states parcel service and its services.

We know many users face many problems while using the services and they don’t know what to do.

Hence, we created this blog to solve your problems related usps.